Raw sugar futures have been highlighted by spread price action with the index fund roll kicking off on Friday. Concerns over Q2 tradeflow tightness appear to be the most prominent explanation for the recent pick up in activity. Meanwhile, the soon-to-expire May18 contract churned over a 33-point range, settling a couple of ticks lower on the week. The latest Commitment of Trader’s report showed a small increase in spec shorts added this week (+3,000 to 176,500 net short). It is well publicised that the Indian crop will be much bigger than initially expected. Milling bodies and the government will contest the size of export subsidies in coming weeks. 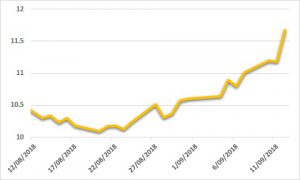 Numerous attempts to get a handle on USD 0.77 failed this week, as the AUD finished the week in the red. Despite a short week locally, most markets were open. On Tuesday the RBA left rates on hold. Accompanying commentary noted that, despite an improving labour market, wages growth remains low and this is likely to continue for a while yet. In addition, local retail sales for February were better than expected, however, the AUD struggled to maintain upward momentum finishing back below USD 0.7700. Looking ahead, this week we see some key China PPI, CPI and trade data paired with local consumer confidence data and the FOMC meeting minutes. 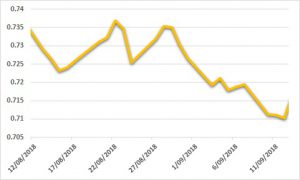