Follow-through weakness was seen this week as raw sugar futures continued to slide lower. Price action was highlighted by reports of potential raw imports for China as crop expectations were trimmed. The latest Commitment of Traders report surprised much of the market as non-index funds sold nearly 105,000 lots to move from a net long to net short position. 2H November UNICA report will likely confirm the end of the Brazil harvest, slightly below many estimates of 36 million tons. Wet weather is forecast for the next two weeks with a mostly drier wet season anticipated. The Thai and Indian harvests have kicked off, with both regions projecting increased output. 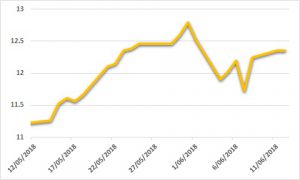 A resurgent AUD made headway over the last week, testing highs near USD 0.77/ The AUD outperformance was supported by stronger local employment data and soft inflation data out of the US. The FOMC raised rates – as expected – leaving commentary and dot points near unchanged. Looking ahead, the economic data calendar highlighted by the RBA December meeting minutes with US Q3 GDP. The US Senate is due to vote on the reconciled tax reform Bill which could give the USD a material boost into the year end. 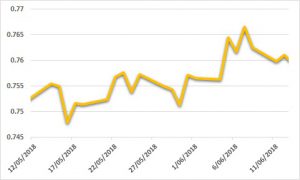